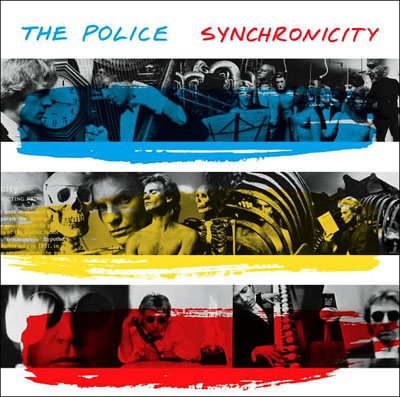 Nostalgia is a part of getting older, I suppose.  Maybe that’s why I was pretty dang excited to find myself in a record store the other day.  I was buying a buddy of mine his birthday present.  I don’t usually exchange gifts with friends but he bought me this unbelievable bottle of gin for my birthday and I decided to return the favor.  Anyway, I was in the Bontonland store in downtown Prague where I picked up his gift, a DVD.

Years ago, when I first started coming to Prague, I spent quite a bit of time in this store.  The prices were always weird.  Some things would be two times the price of the same thing back in the States and others would be half the price.  But there was just a lot of stuff I had never seen before.  Box sets that were unheard of in the US market but had made it to the heart of Central Europe.  There were enough Jazz DVD’s to boggle the mind.  It’s because of this place that I got to see John Coltrane on video in his prime.

But the real gems of this store were the small but not insignificant stacks of vinyl.  Records.  LP’s.

I have had a long, sordid love affair with this medium for as long as I can remember.  I listened to “book and record” stories on an Emerson record player when I was just a little kid.  GI Joe, Batman and The Rescuers were favorites.  They had awesome records and the artwork inside really sucked me in.  Many of the copies had yarn tied around the spine of the cover to keep the well-worn pages in.  To this day I can remember the cold feel of one particular old metal 45rpm spindle adapter.  It was sort of gun-metal blue and made a satisfying “clunk” when you put it on the platter.

As the years went on, I graduated from “book and records” to Disco Duck, the Saturday Night Fever Soundtrack, comedy records in my folks stash and KISS albums borrowed from friends.  All the while, those black circles were spinning on my record player, and a deep seeded fetish was taking root.

However, if any group sealed my love of vinyl, it would be the Police.  I recall seeing the Synchronicity LP that one of my older brother’s buddies had loaned him to dub onto cassette.  It was translucent, purple vinyl.  My mind was blown.  The cover was black and white save for three primary color swipes of paint on each side.  The pictures seemed like some sort of riddle to why the Police kicked so much butt.  “Every Breath You Take” got turned up louder than any other song I had ever heard.  Over and over.

That album also paved the way for me as a collector.  The Police’s last album spawned many singles and I soon would be combing the record stores of downtown Lincoln, Nebraska picking up terms like “import,” “bootleg,” “limited edition” and “picture disc” while collecting these singles.  I was smitten.  My brother and I saved up all of our money from our window washing business and managed to build up a pretty sizeable, shared collection of LP’s, 12 inch singles and 45’s.  This was the root of my b-side love as well.  Ah, b-sides – that’s a whole other post.

Fast forward a few years to find me a poor, 18-year old in Madrid, Spain.  “Madrid Rock” by the Plaza Mayor sustained me through this year and I ended up coming home with a 10-12 inch stack of records at the end of my year as an exchange student.  The reason? My host mother had an awesome turntable but the other part was strictly economics.  Albums were $6-$8 on vinyl and $15-$20 on CD.  I bought Lou Reed albums up the wazoo.  Doors bootlegs became an obsession as well with some of them even pressed on marbled green vinyl.  “Achtung Baby” came out that year and I bought it the day it hit the shelves.  I listened to it once, determined that U2 had lost its way and sold it to a friend.  Now I love that album and vinyl editions from Spain go for about $200 on eBay.  Ouch.

So, my love of vinyl has been there for years.  I took a few years off from collecting but my obsession seems to be coming back in full force.  I just bought a (purple vinyl!) triple vinyl U2 album from the fan club and Super Furry Animals double LP of “Dark Days/Light Years” as well.  So it was fitting that while looking through stacks of CD’s in Bontonland this week, something in my brain pinged.  “They have records here,” I thought.  I found them, a flight of stars down in a corner bathed in harsh flourescent light.  Right in front of the “New Releases” section was LCD Soundsystem’s “This is Happening.”  I bought it right away.  Johnny Cash reissues, U2’s first four albums reissued on 180 gram vinyl were also in the stacks.  (Achtung Baby should be reissued soon.  I won’t make the same mistake twice.)  The good thing is, all of these albums are about the same price that they are on Amazon and cheaper than eBay.

Today I unwrapped the LCD Soundsystem LP, thereby reducing its resale value by approximately half.  I do not care.  This album has it all.  Gatefold sleeve.  Double LP.  Lyric sheet.  And even cryptic sentences etched on the smooth final 1/2 inch next to the center.  “Beauty is rare” was one of the etched messages that comes to mind.

Not in the case of vinyl.