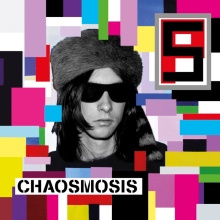 “More Light” was the dark, brooding, brass knuckle side of Primal Scream.  Chaosmosis is the Technicolor, grooving, silk shirt wearing side.  It’s fun, dancy and easy to take for granted from your first listen.  From the first track, in fact.  “Trippin’ on Your Love” is laced with Haim backing vocals and I would hate to be caught listening to it in public.  But the song’s wah wah guitar keeps the whole thing grounded and launches the album from the get go.  Bobby Gillespie is obviously in a good phase here.  It’s hard not to be there with him.

The best Cult record since “The Cult” and a direct descendant as well.  The one-two punch of “Hinterland” and “GOAT” anchor the middle of the record.  Before and after those songs is a mix of “Love” like balladry and slightly scuffed “Sonic Temple” arena rockers.  There’s no real reason this band should be out there doing this except for the fact that nobody does a great Cult record like the Cult. 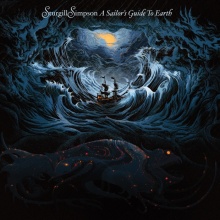 What a head fake, Sturg.  Just when everyone thought they had you pegged as the ultimate classic country revivalist, you go and do a late-career Elvis Kung-fu move – complete with brass.  This is an album to be devoured in one sitting.  It starts with a tender, almost schmaltzy song directly addressing his son and continues as a chronicle of the life of Sturg.  Along the way it passes ports of call, drug busts, and Nirvana.  Simpson is a young guy so it seems premature.  That said, it’s only a guide to earth.  Maybe other planets will follow.  After this there’s no reason to believe they won’t.

3. Hamilton Leithauser + Rostam – I Had A Dream That You Were Mine

I told my wife this should have been called “The Three Quarters” album.  That’s because save for “1,000 Times” none of the songs kick in until ¾ of the way through.  That and the fact that the show stopper of the album for me, “The Bride’s Dad”, roughly hits around ¾ of the way through the album.  Fractions aside, this is a barn burner of an album from the talents of The Walkmen and Vampire Weekend.  It could have been recorded in 1955 or 2055 and it would still be as remarkable.  Not an album that takes hold without some commitment but when you put in the time, it returns in spades.

When I saw this album start to appear on blogs and music sites on the internet, I didn’t think much of it.  I didn’t know who Josh Homme was, nor had I paid attention to Iggy since “Brick by Brick” when my mom asked me if he had just said he had to “scrape the concrete off of his dick”. Yep, Mom.  But when I finally got around to listening to this album, something inside me lit up.  It was a hell of a submission to a hell of a catalog.  Start to finish, it’s an album by a punk who never stopped being punk and who just, well, never stopped.  Iggy’s 69 now and no less ferocious that he was when he recorded the song, “1969”.  This album forced me to reexamine his whole career, album by album.  This was also the year I got to take my girls to see him.  Had it not been for Iggy, this year would not have been nearly as rock and roll as it was.  Had it not been for David Bowie, this album would have been number one on this list.  Of course, had it not been for David Bowie, this album would have probably never happened.  Fitting to have the one and two slots on this year as they are.

There’s not much that can be written about this album that hasn’t already been written 1000 times.  There’s just no way to top it this year.  It was the whole performance piece.  From the release, to the music, to the packaging and the disappearance of the Starman and/or Black Star, himself; this will never be matched in my lifetime.  The album is a haunting, bittersweet, perfectly executed meditation on mortality.  David Bowie was a genius until the end.