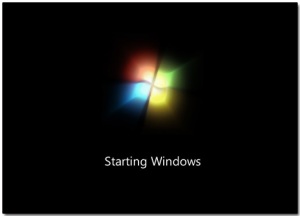 That’s the way I feel after just 24 hours of Windows 7 on my computer.  After a long period of hemming and hawing, I decided to take the plunge and install the new OS last night contrary to the wishes of my wife given her facial expressions when I told her what I was about to do.  It’s not that she doesn’t believe in my technical skill, it’s just that she knows how I get when something doesn’t work.  In a word: Obsessed.

Luckily, most of the Windows 7 64-bit install worked like a charm on my dual core, 4GB HP.  I credit this smooth transition mostly to MS’s “Windows Easy Transfer” software.  This software installs on your old setup, ferrets out most of the stuff you’ll probably want to keep, and shepherds it safely to an external drive.  Once you’ve done the (25 minute for me) Windows 7 install, Easy Transfer puts all of stuff back where it needs to be.  Stuff you didn’t even know you needed ends up safe and sound in the loving arms of Windows 7.

I had only one problem with the install and that was a Creative sound card whose drivers remained incredibly elusive.  After a few lucky breaks this evening, I found the drivers and Creative update did the rest.  Now, I’m sitting here with a sweet, new-feeling machine.

And oh, what a feeling.  The new taskbar is really intuitive and is almost impossible to explain in a blog post.  The speed of the system is faster than I have ever witnessed on a computer.  I was downloading and installing programs like a madman last night (using Ninite, another recommended program) and there wasn’t one hiccup.  Even the sound card that gave me fits did so politely.

Now, at nearly 11:00 on a Monday night, I sit satisfied with my new OS.  However, I’ve had these kinds of love affairs with technology before and I know that you’re only one software update away from falling out of love.

But for now, I’ll hope for the best.